At the end of September, the Music Division launched three tremendous digital collections connecting researchers with a wealth of music scores, all highlighting significant holdings in 18th-century opera, early musical theater, and concert/art music published ca. 1869-1958. Each digital collection presents a bevy of manuscripts and published scores that will delight scholars and performers alike.

In 1910, the Music Division purchased an extensive collection of copyist music manuscripts, referred to as the Martorell Collection, that we believe were once owned by the family of Alonso Tomás Álvarez de Toledo y Silva (1835-1895), X Marqués de Martorell and his wife Genoveva Samaniego y Pando, VII Marquesa de Casa Pontejos. Upon arrival, it was clear that provenance information for the collection was extremely limited: the “Marquise de Martorell” was mentioned as a former owner and the collection had reportedly been on exhibit at the Paris International Exposition in 1900 where it was honored by the jurors who described it as sui generis. Today, besides knowing the name of a former owner, we still have very little information about this “one of a kind” collection. The largest subset of the Martorell collection includes 253 uniformly bound volumes comprising well over 1,100 full scores of excerpts predominantly from 18th-century operas. Contributions from close to ninety individual composers are included with Domenico Cimarosa being the most represented (130 works); And, while the majority of selections are by Italian composers, excerpts by Spanish (eg, Manuel Espinosa de los Monteros), Portuguese (eg, Marcos Antonio Portugal), and German (eg, Johann Adolph Hasse) composers are interspersed throughout. Many of the arias found in these 253 volumes are of considerable value since the obscure operas from which they were extracted are otherwise not represented in our collections. 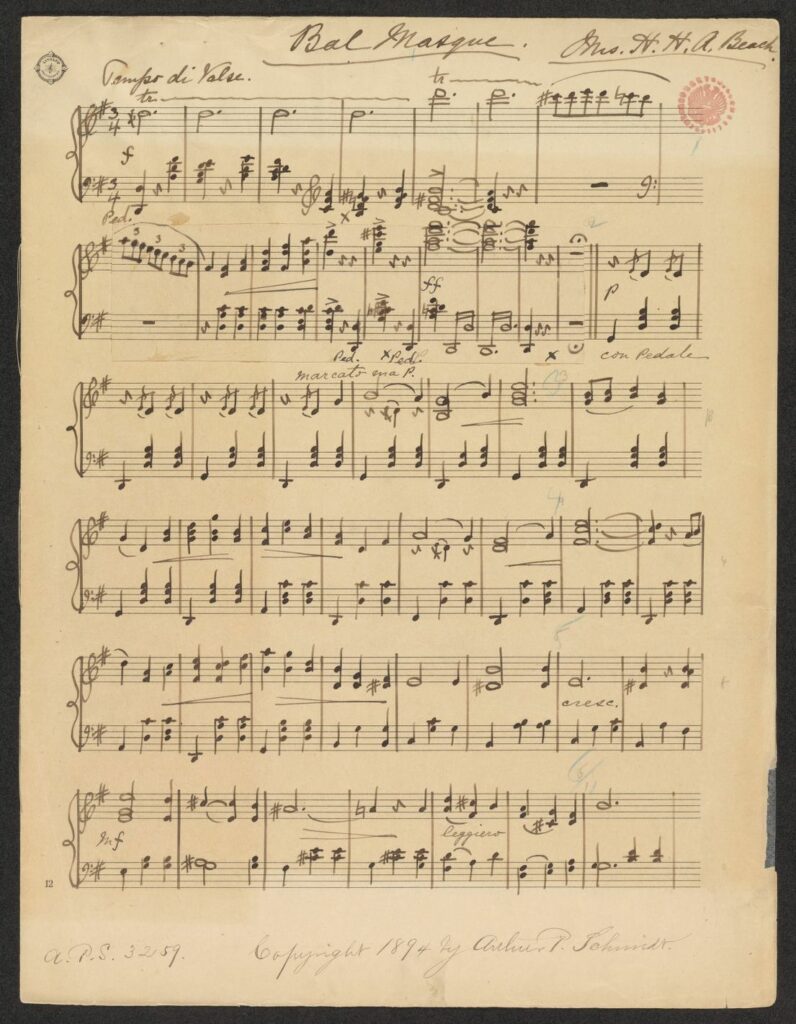 The second new digital collection highlights music manuscripts from the AP Schmidt Company Archives. Arthur Paul Schmidt (1846-1921) was a German-born music publisher who pioneered the development and dissemination of American music. The AP Schmidt Company Archives documents his firm’s publishing activities in Boston, Leipzig and New York, beginning with his tenure, through his successors, and until the firm was absorbed by Summy-Birchard in 1960. The Archive consists of the original manuscripts from which the music was printed, printed music, personal and corporate correspondence, photographs (primaryly composers/arrangers), business records, plate books, publication books, stock and cash books. The online presentation includes only music manuscripts, if you have questions about other items in the collection, browse the finding aid, visit the Performing Arts Reading Room at the Library of Congress, or contact us through Ask a Librarian. The collection is particularly rich in music manuscripts by women, including works by Florence Newell Barbour, Marion Bauer, Amy Marcy Cheney Beach (identified as Mrs. HHA Beach in the collection), Gena Branscombe, Mable Daniels, Helen Francis Hood, Cora W. Jenkins, Margaret Ruthven Lang, Marion Osgood (composer, violinist, and director of Marion Osgood’s Ladies, the first professional women’s orchestra in the United States), Edna Rosalind Park, Anna Priscilla Risher, Clara Kathleen Rogers, Mary Turner Salter, Mabel Madison Watson , and Mildred Weston, among others. 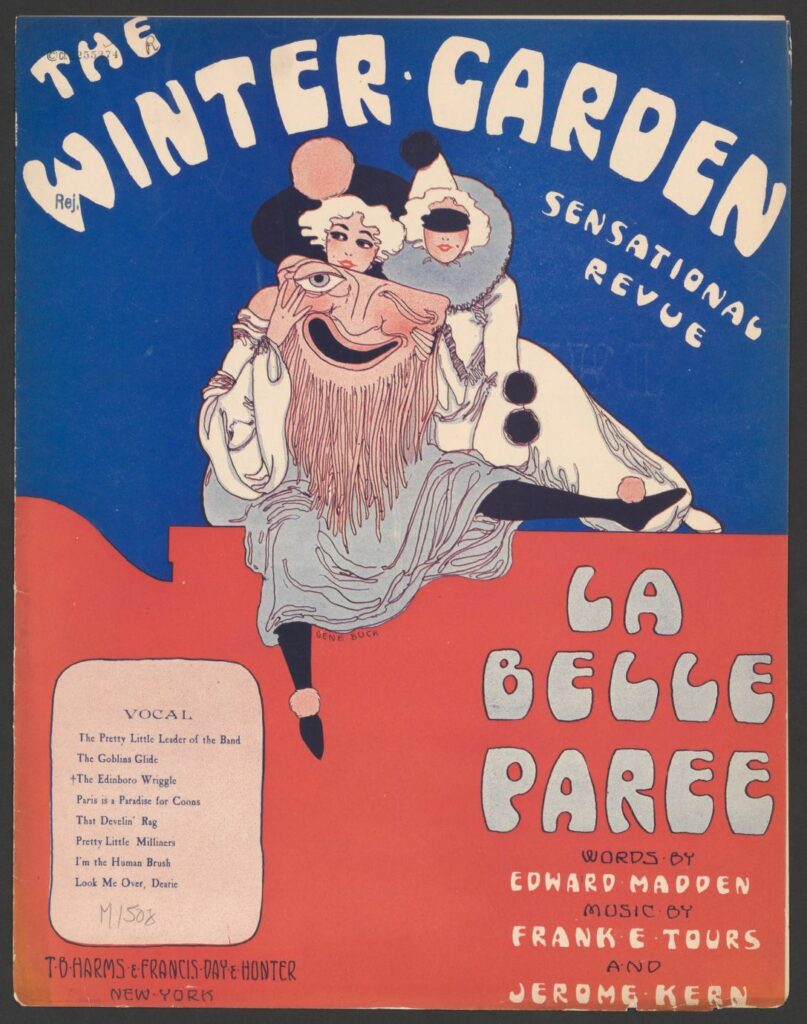 Last, but not least, Sheet Music of the Musical Theater is a collection of more than 16,000 pieces of sheet music published between 1880 and 1922. These songs, specified as “M1508” items in the Library’s classification system, were taken from musicals, revues and operettas primarily of the American and British stage. They are arranged for piano and voice, sometimes simultaneously in arrangements for lower and higher voice. Sheet music was the primary method by which the public learned about the latest songs, only much later supplanted by recordings and radio. Composers and lyricists from the famous to the obscure can be found in this collection, and the songs portray the culture and history of more than 100 years ago in unique and valuable ways.